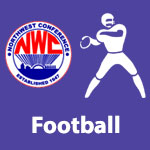 Spencerville head coach Chris Sommers was selected as the Coach of the Year for the Northwest Conference in voting by coaches at a meeting in Delphos on Monday. Spencerville went undefeated in conference play (7-0) to win the conference title for the fourth time in school history.  The outright championship was the first for Spencerville since 1963.

Spencerville, Crestview and Ada have all qualified for the state football playoffs. On Friday, Nov. 3, Spencerville will host Mechanicsburg and Crestview will host Ansonia.  Ada will travel to Liberty Benton.  All games are scheduled to start at 7:30 pm.