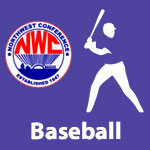 In voting by Northwest Conference baseball coaches for the 2019 baseball season. senior Jaden Youtsey, a shortstop/pitcher from Lincolnview was named Player of the Year.  Youtsey received 193 out of a possible 200 points in the balloting.  Paulding senior Westen Philpot finished second in the balloting with Columbus Grove senior Nick Woods finishing third.

Paulding coach Travis McGarvey was voted Coach of the Year at the all-conference selection meeting Monday evening in Delphos.  McGarvey led the Panthers to an 8-0 conference mark in achieving Paulding’s 15th conference baseball championship.  Eric Fishpaw of Lincolnview and Eric Naughton of Columbus Grove also received mention in the coach of the year balloting.

Youtsey hit .560 in 8 conference games while compiling a .544 batting average with 27 rbi’s and 18 stolen bases in all games played this spring.  For the season, Youtsey compiled a 4-0 won/loss record and an era of 0.00 when on the mound.

Complete results for the Northwest Conference are listed below: